When Frank Holding rescued a distressed bank in Dillon, South Carolina, in 1964, he never dreamed it would become a two-state, $8 billion company.  Celebrating their 50-year anniversary, First Citizens Bank called on Blue Avenue to tell their story for the first time, starting from the very beginning to where they are today via an illustrated book. 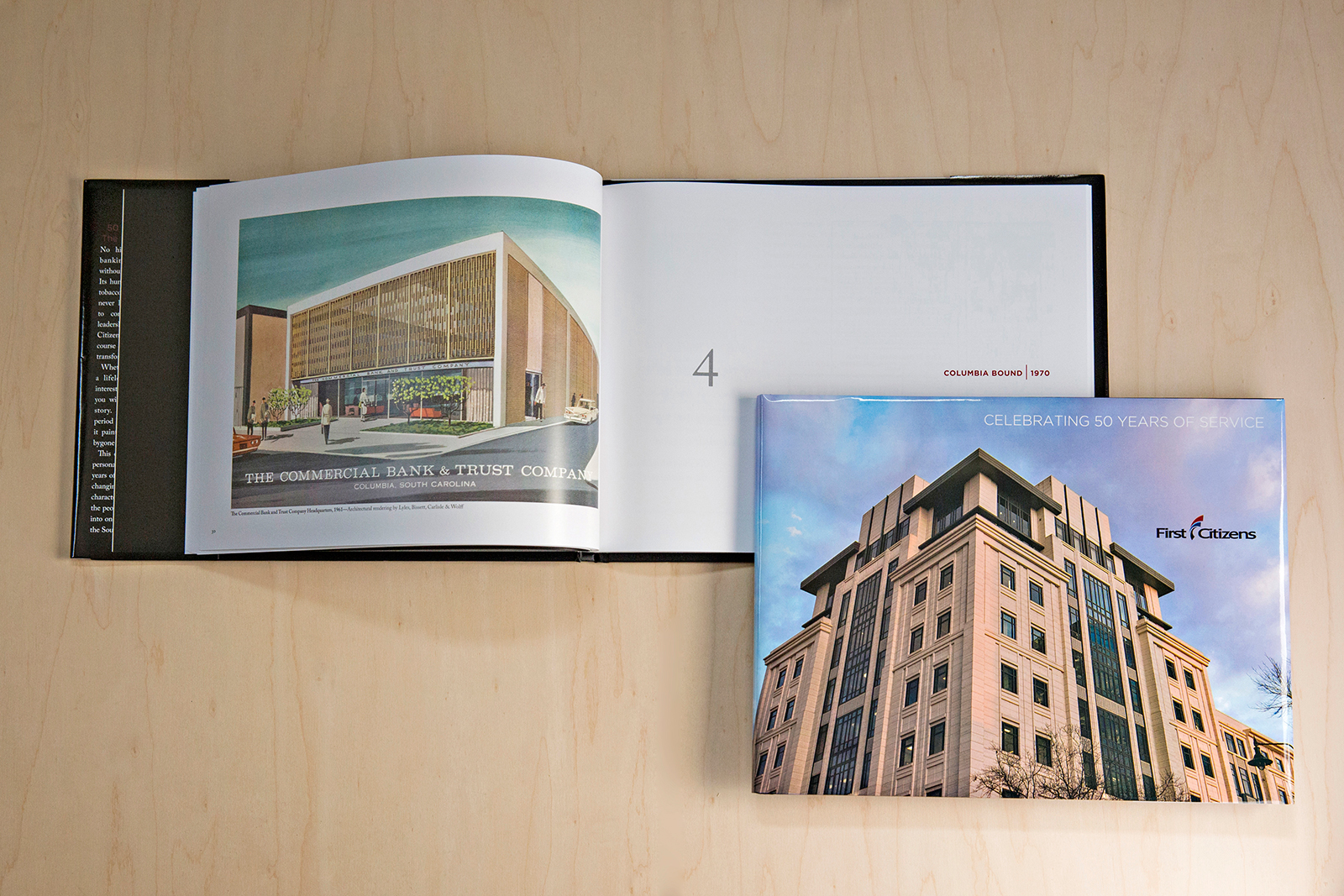